Well hello. I haven’t posted in weeks. WEEKS! And I feel awful about it.

Last week was spring break. There were 6 weeks between the Christmas holidays and spring break, and those weeks are known for A LOT of tests. We have these national tests called Cito tests, and the kids have to do those to get an accurate rating for their reports. Each test has 2 or 3 parts, and they usually do 1 part a day. They had to do tests for maths, Dutch, spelling and reading. And then there were the usual tests that come with our teaching methods.

The kids always get their first report on the last day before the spring break, so we need the tests to give them accurate grades. But oh boy those reports… I think I spent an hour on average on each report, which is 25 hours in total. And of course I did most of it in the last week. And guess what. On Thursday I still wasn’t finished by far. At 20:00 I was already SO tired, but I couldn’t stop until each one of them was a wrap. I finished the last one at 1:15 am, which was earlier than expected.

I did my last day on far too little sleep, and still had to print everything and put the printed sheets in plastic covers. Luckily, our PE teacher called in sick, so no PE today. Yay for Netflix! While the kids watched Flushed Away, I shoved 100 sheets of paper in plastic sheet protectors. I think I looked like a teacher on steroids. And omg I made it. My kids left the building at 14:00 with a complete report, their fireworks drawings and their cotton ball snowmen. I aimed to leave the school at 16:30, eventually left somewhere near 18:00 and collapsed into the weekend.

So, spring break had begun! I spent my Saturday on drawing and painting. I drew an alpacorn and dusted off a drawing I started in Spain.
But I soon drew the following conclusion (drew haha); I had postponed kind of everything to my vacation. Dates with friends who had a baby months ago, doing house projects, hiring someone who would hang 3 doors for us, writing blog posts, making art, cleaning the house, decluttering, making things for school, reading a book for school, and catching my breath. And then there were 2 other things we had to go to: a birthday and another newborn party. So surprise: I finished about none of these things! \0/

I did the artsy things on Saturday, and we went to a birthday on Sunday. I used the rest of the time for getting my life back on track. (Click on picture for better quality.) 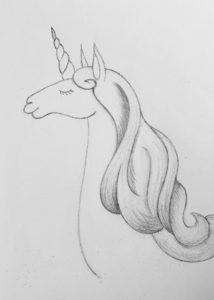 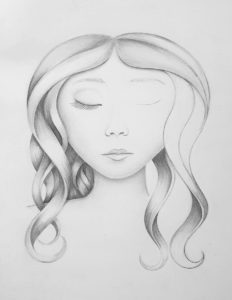 We visited the friends with the newborn. We had planned this in this week because we hadn’t been able to do it before. I also worked on my new built-in shelves, which I started a few weeks ago. And, I worked on a few post drafts. (These pics are from the weeks prior to today.) 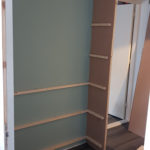 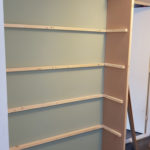 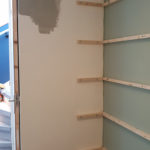 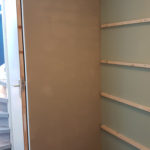 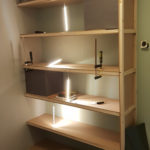 Mark’s cousin would come over in the evening, so we started decluttering and cleaning up the house. We needed to do it anyway, so this was a good moment to make a start.

On Wednesday Mark was gone all day, so I did some more work on the shelves and started to fill it up to see how much it could hold. I also worked on my posts. Whenever I’m inspired, I open one and write a bit. One in particular is a big project, so this one took and takes a lot of time. 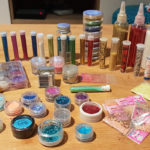 My glitter stash (no joke) 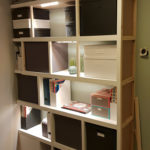 Not finished yet, but ready to be filled.

Today I disassembled my Expedit shelves. I had a 5×5 unit which is the biggest one. It had been a great place to store stuff in the past years, but it was just too big for the room it was in. Because of this, the room was always messy. I made the built-in shelves on the ground floor to replace the Expedit unit. I put the unit on the internet for sale, disassembled the whole thing, and put everything in the hallway. We now had so much space in the spare room! We also started the real decluttering today. As in: sort out everything in the entire house. 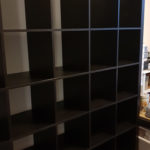 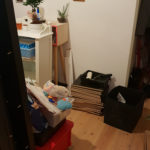 Disassembled and in the hallway. 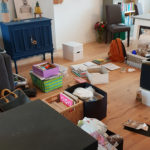 We decided to make an Eket arrangement on the wall to replace a small bookcase that was now on the floor. In the evening I had a dinner date with lovely friends. It was very nice! We would meet in Haarlem, which is very close to one of the Ikea stores. So, I also visited Ikea very quick to get a few Eket cubes and another set of led lights for our new wall in the living room.

For today we hired a carpenter to hang 3 doors. Those doors had been in the way for literally 2 years. We just didn’t finish it, don’t ask why. We had a door with glass to separate our living room from the stairs, and 2 doors for the ground floor; one for our bedroom and one for the bathroom. After 3 years of living here, we could now finally lock the bathroom door, yay!! After the carpenter left, we wanted to hang the Eket cubes on the wall.

But no frickin’ way… It turned out we needed a wall mounting system to hang the darn things on the wall!! 😐 We had 2 choices: don’t hang them on the wall, or go to Ikea AGAIN that evening to get the mounting thingies. And so we did. I also bought a second-hand wooden chest online, so we first picked that up and then drove to Ikea. It was nice though, we bought even more Eket cubes and a nice little bonsai look-a-like. 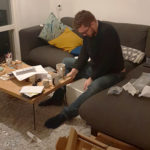 Today was the newborn party of other friends. It would start at 14:00, but we also had a lot to do in the morning. We were going to paint our living room wall dark green. DARK GREEN OMG! And, my Expedit unit would be picked up at 12:00 by the online buyer. It was a nice couple and I was happy when the unit left my house, because it took up so much space. And, I always like the idea of giving furniture a new life somewhere else. Happy Expedit, happy buyers, happy me. 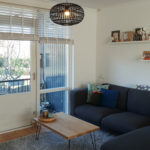 Our new (open) lamp, to spread the light instead of beaming it to the floor. 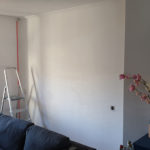 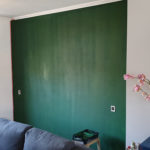 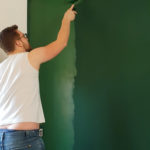 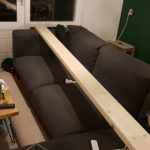 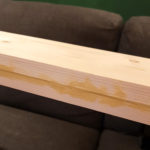 Looks like shit here, but turned out really nice.

In the meantime, it turned out that the cleaners at school had been doing something with the floor unannounced. All the furniture in the classroom had been moved and teachers were emailing everyone to say that this wasn’t something you would want to fix on Monday morning. So, Mark and I rushed to school before the party and worked our asses off. After 15 minutes of blood, sweat and tears everything was where it needed to be again. We went to the party and arrived back home after 17:00. Mark would eat out with friends in the evening, so we threw some Ekets on the wall so I could organize some stuff when he would be out. 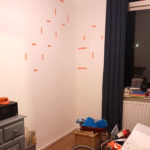 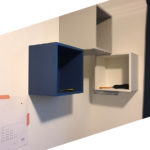 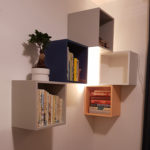 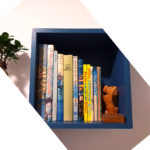 I love my old books.

This was our last day off. Today I felt a bit depressed.. I was very much not ready for the next day at work, I was afraid I couldn’t do it anymore, and I was still tired. But, we finished the wall and some other things, and got ourselves some nice new pillows for our new sitting area. I had been working on a shelf to go with the wall. I had bought 2 shelves which I glued together, to make it thicker and less able to bend. It created a gap between the 2 pieces, but I filled it with wood filler and used my new belt sander to make it smooth. Worked wonders! I painted and sanded it a few times until it had the exact same color as the wall. We placed the new led strips behind the shelf and hang it on the wall. DONE! 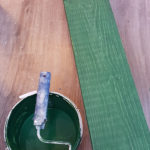 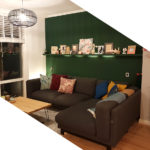 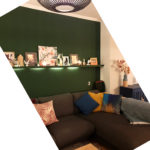 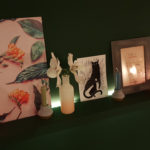 Status at the end of the week

I wanted to end the week with a post about my vacation. Although I had been writing on it a few times, I eventually didn’t finish it in time. I tried to, but decided that going to bed far too late because of a post would be a bad idea. I hated it, but tried to be ok with it.
Our house was and is still a mess because we decluttered our entire house at the same time. But, we’ve done a lot of great work and we just have to do some things every now and then.
Yesterday was my day off. I slept in, walked 3 times because of the amazing weather and did some cleaning up. And I still couldn’t finish this post in time. I seriously need to think abou my time management and what I want for the future. I still have 3 more posts in progress, so the next will be posted soon!

Everything about sleep – and why it’s so important